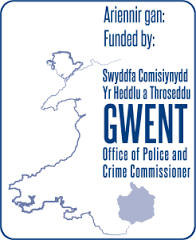 Bedwas Aikido Club has been awarded funding from the Police and Crime Commissioner for Gwent’s Partnership Fund which is funded by the proceeds of crime awarded to the police and from the sale of unclaimed found property.

The Commissioners Partnership Fund was made available in February 2015 for charities, voluntary organisations and community groups in Gwent involved in activities that have a positive impact on their communities.

The projects funded contribute to delivering the Commissioner’s priorities for Gwent which include preventing and reducing crime; taking more effective action to tackle anti-social behaviour and protecting people from serious harm. Following a rigorous process of assessing each bid on its merits a total of 51 organisations or groups have been notified that their bid has been successful.

Police and Crime Commissioner, Ian Johnston, said: “I would like to congratulate all the projects funded today on their success. It is fitting to see money recovered from criminals going back to benefit our local communities. This adds to the £300,000 retrieved from criminals under the Proceeds of Crime Act which has been put back into over 100 local community projects in Gwent over the last two years through my Partnership Fund.”


﻿Bedwas Aikido Club Secretary D Williams added: "Bedwas Aikido Club are extremely grateful to Mr Johnston, the Police and Crime Commissioner for Gwent for the funding provided. This will contribute massively to ensuring the success of the club and it's ability to reach more people within the local community who can benefit from the many positive aspects provided through Aikido training."﻿
GWENT PCC WEBSITE